hydro expert (or anyone with an opinion!) ...looking for comments (Daggerboard length, thread 2)

So... the extending of the length on the old style daggarboard to 44" has been a great success. Boat sails better and the daggerboard chatter is now gone too.... maybe better fit in trunk, which I worked on...or better foil shape. Who knows...?? but I'm not going to complain.

So... looking to extend even MORE to 50" with the more "modern" bottom edge foil shape. Something like in the pictures. I will probably embed some steel rods to help splice all this together as well. But wondering what I might gain (or lose) by doing so. I'm ok with a longer board with my normal boom height, and my sailing waters are typically deep enough too. I realize totally yanking the board out will be a little more effort, but I'm REALLY looking to get better/higher tacking angles and the least amount of sideways slip I can get. I sometimes will sacrifice pointing for falling off and power...just to make a destination (like my boat ramp ...up wind!).

So... those with a current fiberglass (or anyone else) board... would you like it longer if you could?

Lastly, I might add some of the scrap lead pieces I have laying around in the "extension"...to add as much weight as possible down low.... but that's still undecided. It would be easy to do.

(and double lastly...) What thoughts are there with improving on with the rudder as well? 100 degree angle VS 120 and a deeper blade?

btw....here's probably what I started with.

oh...and instead of the steel rods...I have some "tangs" made of stainless...that are 1/4" X 2" X 18"...that I was going to use on another project.. I could "imbed" a couple of those in the bottom of the board, to help "join" the extensions, give strength, and would add some extra weight down low as well.
Grind out a "channel" and glass them inside the middle of the board...one towards the front edge and one aft.... maybe??.

I think you're where you need to be. The designers of the Sunfish Daggerboard
said it was made shorter than it should have been as a compromise. If you really
want to see what length does, make a new board 1/3 longer than original and start
cutting it down after each test sail till you get the performance you're happy with. Then
you'll have a board tuned to a specific wind condition. Trouble with adding weight is
the board may no longer float. Remember the boat heals over in a gust to dump excess
energy it can't convert to forward motion, same with slipping. You may end up with
a faster boat that's a real tender sailor in higher winds but points better in light winds.

good points Web... The board is always tied to the boat, so floating isn't too much an issue. Dumping air is...or busting a spar because it won't heel! If it's over 20kts, I don't go out usually. Too much for upwind. I weigh a good 220....so extra board weight may be just a waste.

I'm thinking longer than 50" will be a pain to deal with and pointing higher in less than 15kts, would be a huge plus.

Use a Cat rig instead of a Lanteen and I think it will point as close
into the wind as you'll get without a jib. Perhaps you can steal a
sail off a Hobie 14 and rig something up. I'm always seeing a lot
dead Catamarans and assorted parts on Craigslist.

I want to at least resemble a Sunfish

Staff member
How will you know that you are sailing closer to the wind? A few degrees difference will be hard to judge when you are by yourself.
You need a reasonably skilled partner for that... 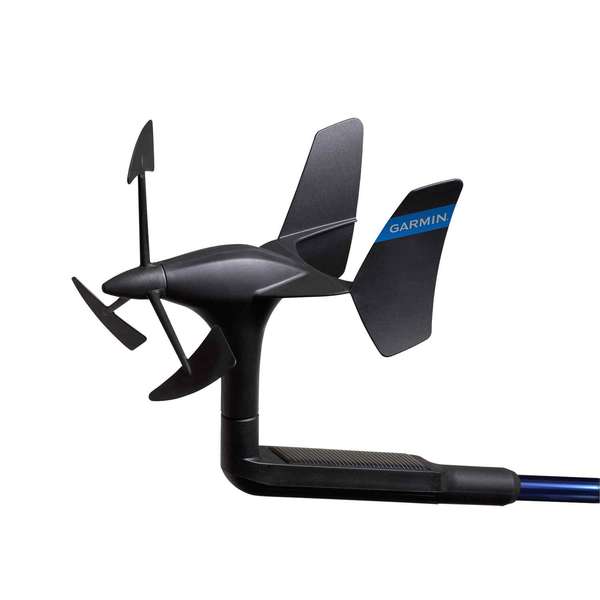 Wavedancer said:
How will you know that you are sailing closer to the wind? A few degrees difference will be hard to judge when you are by yourself.
You need a reasonably skilled partner for that...
Click to expand...

Agreed....but I ve compared my angles to the many sailboats on the lake...so I'll have some sort of clue. If I can point as high as a 35 Beneteau or Hunter I'll get a reasonable idea. ( which has not really been attainable for those really pinching) . Speed-wize on a beam reach or lower I can easily keep up if not faster...being on a plane. I've sailed for a bit now too.
Ive got a buddy with a fish too but he's still learning on winds over 10kts or goes out on his Hunter 30.

And going down a rabbit trail....I like sailing "against" these cruisers, as it's fun to be in the fish and pull ahead on a reach with a good breeze
Last edited: Sep 8, 2017

Ha!! I'll pull my RayMarine wind transducer out!! Ive been looking at something like the low cost Bidata for speed and depth and use something like a small lawnmower battery for 12volts. Good idea Web!

If you are sailing a sunfish you do not want to point high but keep the bow down a degree or two off for speed and let the board generate the lift. I would keep things simple, the Sunfish has been refined over the years, stronger hull fittings, hiking strap, plastic rudder, foil shaped board, racing sail and flexible rigging. In the 2017 Sunfish worlds winds were well over 20 and juniors and masters were racing using the Jens rig, where most boats would be on shore. The main thing is to sail it flat in anything over drifting. Ease, hike, trim to absorb the puffs and not to side-slip and practice, practice. Boat speed comes with practice, keeping the boat balanced and powered up.

I tend to disagree on some points. The Sunfish has had some refinements, but in general not so in that it makes the boat increasingly sail better from the original design... (the fiberglass daggerboard as an exception....but how long ago was that introduced?). I believe the boat could be made to sail better, but has not changed due to strict class regulations. Just the fact that you can only purchase a class legal sail from one source says a lot about being strict with the class. Personally, I think that's a good thing....for the most part. Keeping the boats as similar as possible for class racing. But for recreational sailing...which I do and don't seriously race, I think there are many refinements that could be may to make the Sunfish a better boat. Why...?...because it isn't expensive and mainly for pure enjoyment.
Yeah...the rig and boat isn't meant to really point high...but sometimes to make it home for dinner, it's needed.

Some items that I think could improve the boat...but would DRASTICALLY alter the class parameters... sail, rudder size and angle, better daggerboard and more foiled shape (including the trunk to accommodate), some items in the rigging, like blocks at the tack and clew for luff lines, and maybe even some alterations in the hull bottom design. Also other NOT class legal hardware and rigging like a "true" vang, adjustable traveler and just the fact you have to have a gasket on the bailer....and limited to a class legal bailer as well.
No drain plugs... why?... but that's OK. etc, etc....

However... and you acknowledged this... you are still dealing with a flat board with rounded leading edge and trailing edge going through the water. So, you're not getting as much lift from your board for a given length as you could. Ie, a refined foil shape that is the modern Sunfish daggerboard will produce the same amount of lift as a flat daggerboard, even though the foil shaped board is shorter.

The other thing is a foil shaped daggerboard can move through the water at a higher angle of attack and still keep the flow attached than a flat daggerboard with rounded leading and trailing edges. This means that when you are pinching... particularly in light winds... you can sail higher (the hard sheeted main is trying to make the daggerboard move through the water... more sideways... at a higher angle of attack) with a foiled daggerboard than a flat one. All other things being equal.

And finally, here's an interesting thing about foil quality. I've spent many years (almost 30) windsurfing and have been able to make a lot of fin comparisons, from small to very large. I've done testing where I took two fins... that were pretty much identical looking but one was significantly more expensive because it is for racing and has a more refined foil shape... and tested them one after another. Ie, put one on my board, screamed around on it, came back in, immediately put the expensive one on then went back out. And the differences between the two fins that look almost the same has been astonishing.

The more expensive one... even though the less expensive one looks very nice and clean and refined... will start to produce lift at a noticeably slower speed as you are about to plane, will allow you to point higher and have a very obvious higher top end. And the hum/sound the good one makes is completely different than what you hear when riding the less expensive one.

I mention this windsurfing fin story because when I first sailed the high quality, foiled shaped Sunfish daggerboard I could immediately "feel" the foil doing its work. Attached flow sooner, more lift for a given length, higher top end (less drag at speed). Ie, it was more the foil shape than the longer length that was giving me the performance improvement.

Anyway, down the road you may want to consider picking up a second hand foiled Sunfish daggerboard and then start adding length to it. Or set up a router with a jig and create a foil shape with the one you've got. I think what you are doing it cool but eventually you will be moving into diminishing returns because your board has no foil shape.

Keep going with your experiments and keep us informed!

Thx mucho Andy...great info. Since i did add glass to the forward and aft edges, I did try and shape them. One if the pics (maybe the other thread???) attempts to sho that. Since I added about 1/2" to the front and upwards of 1.5" on thw back, I felt the new glass was st r ong enough to to so. The aft tapers to about 1/4" and the front is just a semi circle with a slight "point" Of course the middle is flat.....need to make a foil shaped trunk!
Any rate I hoping Im approaching the Sunfish glass board in foil shape too. We will see..it's all an experiment.
Btw I'm now streaching it out to 50 inches!

mixmkr said:
Btw I'm now streaching it out to 50 inches!
Click to expand...

If this works hot-wire a foam core with a NACA profile then fiberglass
it. If you've never hot-wired foam before it's pretty easy.

mixmkr said:
Of course the middle is flat.....need to make a foil shaped trunk!!
Click to expand...

Hi, the modern Sunfish composite board is foil shaped - only the area that stays in the trunk is not foil shaped - you should be able to do the same. The modern Sunfish board is longer than the wood Sunfish board by a couple inches. As Andy says, the difference between the wood board and modern board is huge. I think you will see a big improvement if you make a full foil-shaped board.
You must log in or register to reply here.
Share:
Facebook Twitter Reddit Pinterest WhatsApp Email Link
Top