Menu
Log in
Register
Navigation
Install the app
More options
DARK MODE
Contact us
Close Menu
You are using an out of date browser. It may not display this or other websites correctly.
You should upgrade or use an alternative browser.
Resource icon

Key to the Sunfish's success are simplicity and low cost. A Sunfish can be sailed using only a single line (the sheet) and the tiller. A second line (the halyard) is used to raise and lower the sail. A Sunfish setup for racing will typically add outhaul, cunningham, a gooseneck quick-release adjuster, and vang lines. The sail is fixed to the spars and is stored by simply wrapping the sail around the spars, or by rolling the sail up parallel to the spars.

A single person can easily handle the Sunfish. The "board boat" design, with its small, self bailing cockpit, resists swamping. The boat can carry up to 3 small people. The wide, hard-chined hull allows it to plane and achieve a Portsmouth handicap of 99.6, which is very low for a boat of its size. A new Sunfish costs about US$3395-$3820, with older used models in working condition going for under US$500. Because of its low cost and simplicity (it is often regarded as the simplest boat to sail, and is widely used for teaching sailing), it is also perhaps the most popular sailboat class ever designed; over 500,000 Sunfish have been built.

The Pictures below are from the Sunfish Factory Tour given by LaserPerformance in 2008. These great pictures were contributed by TSF member Geophizz. Discussion on these pictures can be found at http://sailingforums.com/threads/laser-performance-factory-tour-photos.13473/ 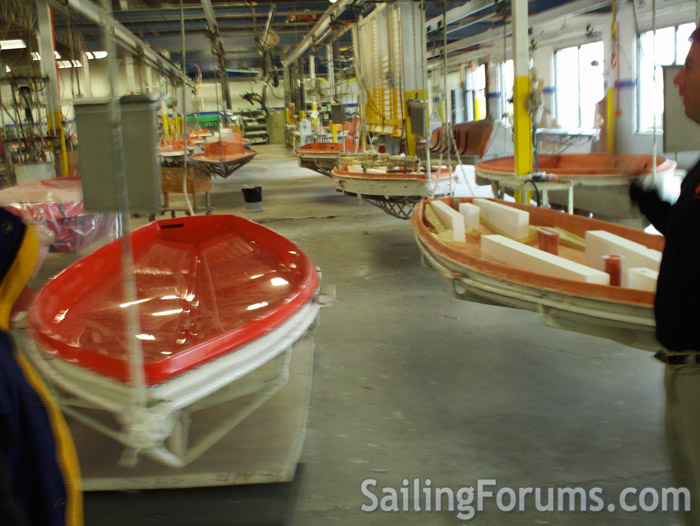 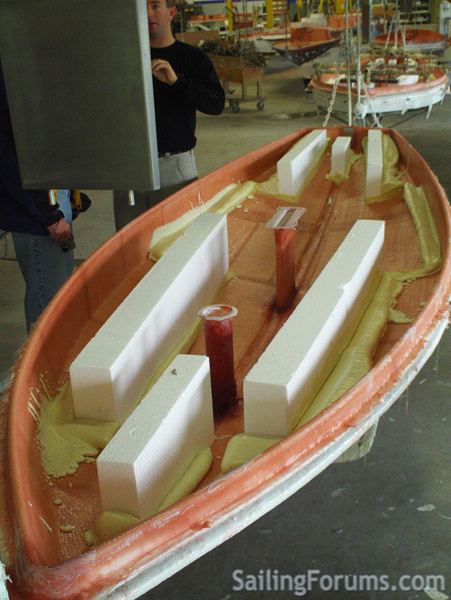 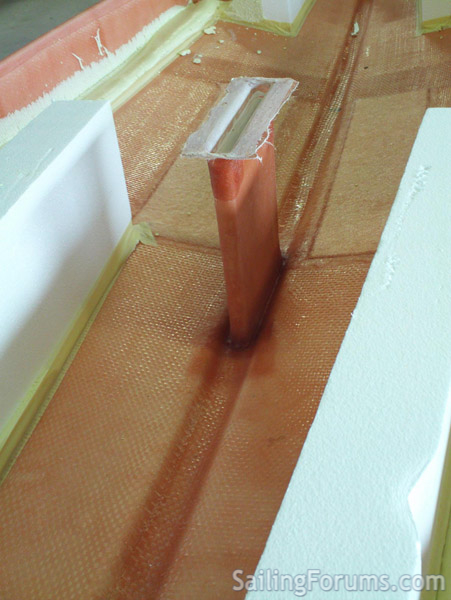 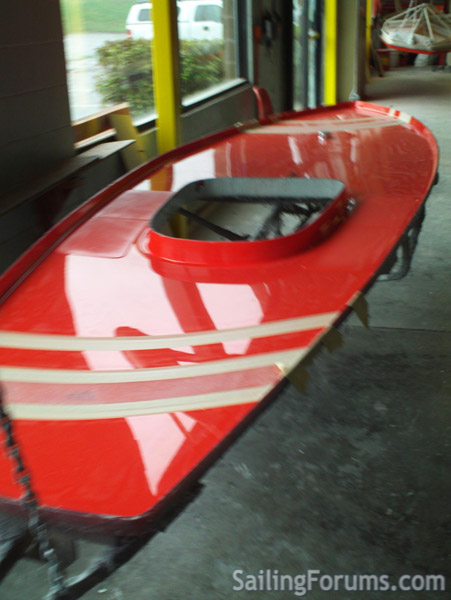 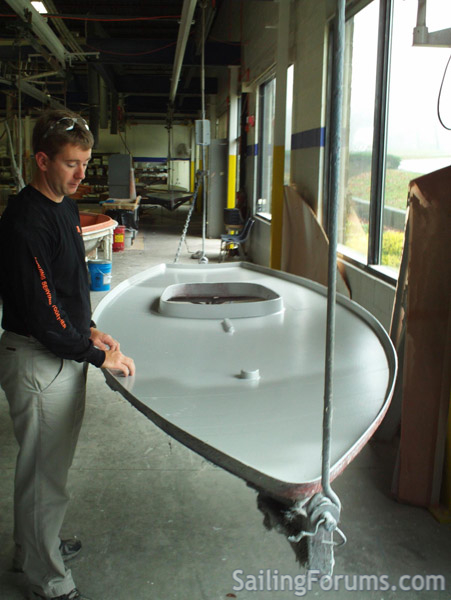 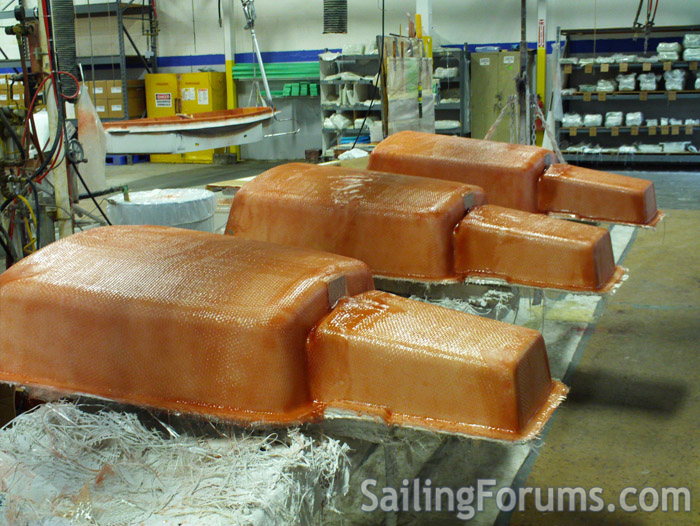 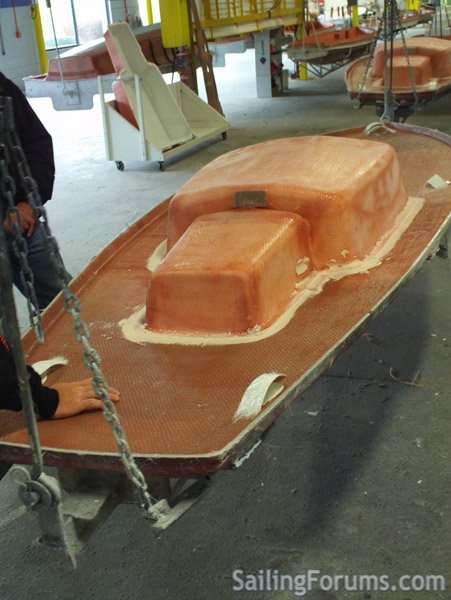 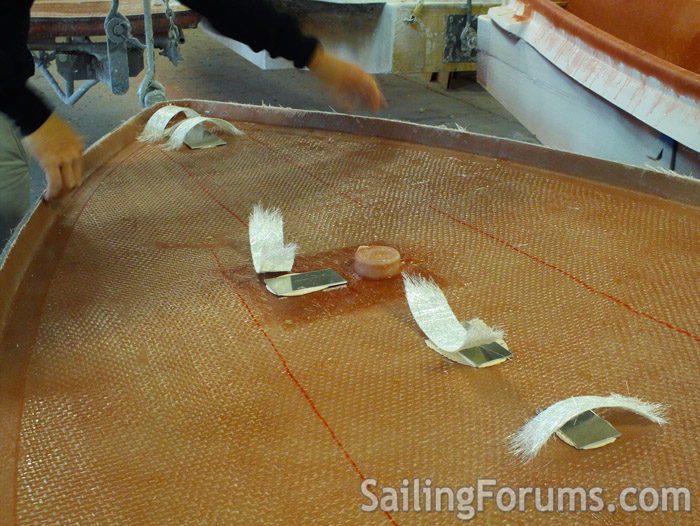 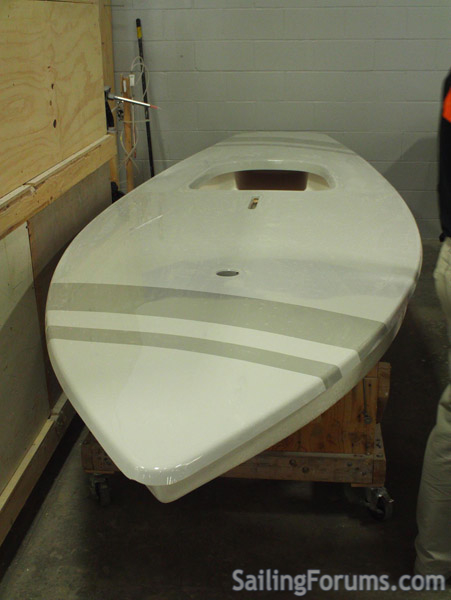