Installed in the forward bulkhead of the cockpit, the most useful of [round] inspection ports appeared in this forum's pages—and never had thought to put one there—so that plain-appearing bulkhead has been staring at me for a couple of years.

I've had two of the below rectangular watertight ports kicking-around for about two decades.

Although they're tinted, they also happen to be strong, and allow a good inspection of the forward half of the boat. (In particular, viewing the daggerboard trunk whilst sailing).

It provides ample access for camera, telephone, food, and chewing gum storage, plus the ability to store a proper kayak paddle, instead of the plastic Sevylor kayak paddle that appears in the photo.

Yesterday, as it was too windy for sailing, I decided to "invest" one of these ports into my oldest, but slowly transforming, Sunfish. I used the saber saw that appears in the lower right hand corner of the second photo. You'll notice that the saber saw blade has been reversed, as two of the cuts wouldn't allow a "full clearing" of the saw in cutting. The removed fiberglass material will be saved for any future repairs.

Surprising was how thin the bulkhead wall actually is, and that it has a shallow compound curve to it. As I was cutting the second curve, the blade fell out, and was jettisoned inside the hull.

The wall panel that was already cut was thin enough to bend, to retrieve the blade.

This port has enough strength to "marry" the port to the wall, easily flattening out the curve. Nonetheless, I fully secured only the outermost aluminum bolts first, bonding the port with an ample bead of silicone-sealer. After it's fully set overnight, I'll "snug" the remaining bolts, but not too tightly. The metal wingnuts in the picture, as they'll need to function in an area of knees, toes and elbows, will eventually be replaced by round nylon knobs.

Also surprising was the range of shapes, sizes, and prices for these "opening portlights"—anywhere from $47 (eBay—immediately below) to $700+.

Some have up to five "dogs", but all you really need for a Sunfish is one or two to fully "dog the hatch".

Yes, this "opening portlight" could have been installed with the hinge uppermost.

Nice. That certainly gives more access if a repair is needed.

• You can also watch as the Sunfish's floor flexes like Saran Wrap between the chine and the daggerboard trunk!

• Though not necessarily for Sunfish use, Googling "inspection ports" turned up a slew of interesting "port-lights":

The prices are in Canadian dollars, so you're already getting a 25% discount!

I think if you flip your port, as you would typically see in a larger sailboat, you'll find access a bear with the opened port just being in your way. Now, you just have to worry about stepping on it, when it is open. I think what you did is best. Might consider that myself actually, but then need to move my hiking strap attachment, which I like right about 3 inches above the floor, in the middle.

What is the length of the port you installed? I saw this thread and thought I had to get one similar. This just came in the mail, and I am having second thoughts. This thing is huge. https://www.amazon.com/gp/product/B00PBWLCQI/ref=oh_aui_detailpage_o06_s00?ie=UTF8&psc=1 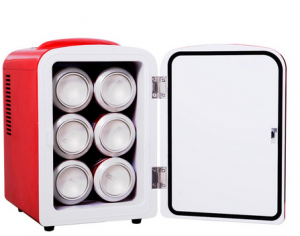 Just my opinion of course, and with all respect to those with differing opinions, but I would stick with the "traditional" round inspection report on the deck. Here's my thinking:

- "Cat bags" are readily available for the round inspection ports. I usually throw my keys, radio and mobile phone in the bag, and I don't have to worry about them migrating anywhere. I am not sure what would keep these things in one place with this solution
- As for maintenance the inspection port forward of the dagger-board slot allows you to reach the mast and dagger-board trunk possibly the halyard block. I don't see how that is possible with a port of any kind in the foot well. The dagger-board trunk is certainly more accessible, but I think anything forward of there would be more difficult. Lots of people on this site have made lots of repairs through the deck inspection port, myself included.
- The rectangular ports are and look bulky as they are made for larger boats. They just don't look very "Sunfishy" to me, and I would never buy a boat with one installed.
- As installed the rectangular port interferes with the hiking strap and the other way round.
- Any water sloshing around in the foot-well I would think would make opening the port problematic.
- When opening an inspection port your head is up, and you can see better. Why is this important? Let's say it's rough and windy and something (e.g. mast) breaks, and you need to use the VHF. I would rather have my head up and dealing with all of that rather than having to be looking down, unscrewing multiple toggles, looking under to find the radio, etc.

The only advantage I see is that you can stow a collapsible paddle more easily. On my Sunfish I use the storage area in the aft end of the foot-well, but I realize earlier boats may not have that feature.

And just to say it again, all of the above is just my opinion.

Agreed, and "Sunfishy" gets my vote for modifier of the day, LOL...

Too bad the dagger board trunk is in the way or you could use it to
store the dagger board. I'm thinking you could install it off-center
to make it work but that would for sure cheese-off people who don't
like it in the first place. Being off center might leave enough room
to get the wine refrigerator installed. But that's ridiculous you say,
well, having worked in a marina I can state that most party boats
rarely leave the dock. Rent a slip for the night, launch the Sunfish
and invite the girlfriend aboard? If the wine-cooler does it's job
the size of the boat will not matter.

Well, the Titanic WAS the ultimate Party Barge, unfortunately it
lacked the Sunfish Technology to stay afloat with it's single compartment
flooded. Should have filled steerage with Styrofoam I guess.

m2736185 said:
What is the length of the port you installed? I saw this thread and thought I had to get one similar. This just came in the mail, and I am having second thoughts. This thing is huge. https://www.amazon.com/gp/product/B00PBWLCQI/ref=oh_aui_detailpage_o06_s00?ie=UTF8&psc=1
Click to expand...

If it doesn't fit, you must quit.

Yes, that appears oversized for this application; however, you got a good price.

. Another use for a motorcycle battery? I hope I never get becalmed where an entire six-pack might get consumed. (Even with a crew to help).

But if you're serious, the glass is tempered, and a replacement glass is available. (So, there's that). I'd attach left and right end bolts, then with an epoxy mix, build up a frame behind it, so the port isn't stressed by the curvature of the cockpit bulkhead. When cured, drill to attach the remaining bolts. That said, I wouldn't use a port this large.

As for the round port, I agree. (I have both kinds on my boat).

there is room under there for a stack of charts. Forward, the area for storage is huge and deep. Everything you normally have to store at the end of the day can be stored out of the weather.

I'm working on that fold-up daggerboard.

Besides, wouldn't you want to see the hull flexing as you sail along?

HaHa, Webfoot1, you funneh… I can just see the Titanic in fiberglass & Styrofoam, probably would've bounced off the iceberg instead of tearing the metal hull plates.

That will depend on your choice in the size of the port [light]...and solar panels.

m2736185 said:
What is the length of the port you installed? I saw this thread and thought I had to get one similar. This just came in the mail, and I am having second thoughts. This thing is huge. Amazon.com : Amarine Made Boat Yacht Elliptical Oval Opening Portlight Porthole 16” X 8-5/8” Replacement Window Port Hole - ABS, Tempered Glass, Color: White, Black (White) : Sports & Outdoors
Click to expand...

Do you still have it, and want to sell it?

If you don't want all that storage available forward--try this...

A store that makes "glove boxes" to your specifications: 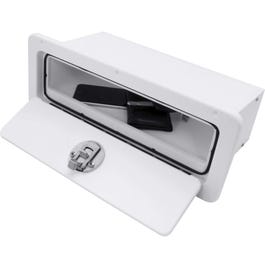 Build Your Own Boat Glove Box

Maybe fashion a "docking-receptacle" to access the forward part of the hull? Add a USB station?