How many of you name your boat?
I have had my boat about 2 years now and I still haven't named it.
F

Picked a name...for a 35 yr old boat that has never had one

Just gotta arrange the letters and put them on.

My boat has a red hull and a white deck so I think I am going to put this decal on the rear deck.

After discovering significant amounts of rat poop in the hull, a mashed bow hidden under the rub rail, leaks from cracks along the daggerboard case and all manner of other defects on my Sunfish purchase a little over a year ago, I had to face the fact that I had bought a lemon. But at least I had had a boat for my brother to sail on our Jenner to the Duncan's Mills bridge and back trip when he came to visit last year. The fact was, she was all beat up... but she had gotten the job done.

Then out of the blue one day the perfect name for my Sunfish hit me. "The Betty". The Betty was the name of the old, piece of junk space ship that smugglers had used in the 3rd Alien movie to transport human cargo. The ship was all beat up... but held together and got the job done, surviving a crazy re-entry into the Earth's atmosphere.

Here's a picture of The Betty. 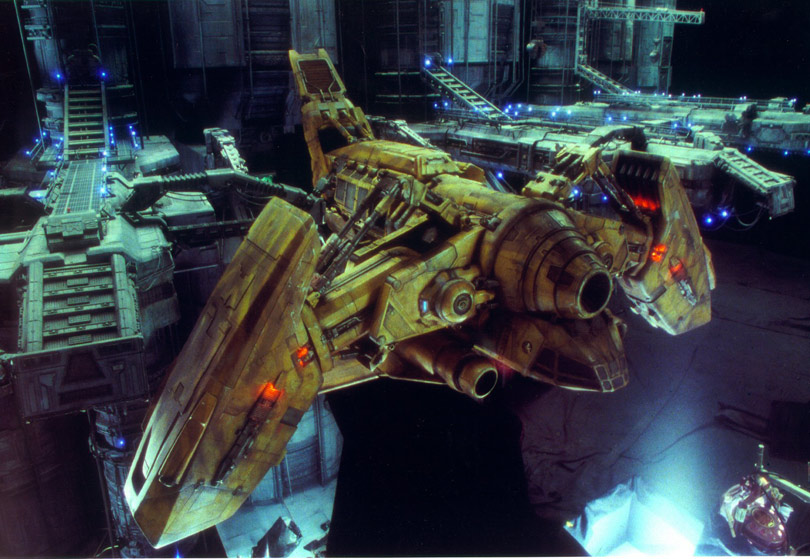 sblanck said:
My boat has a red hull and a white deck so I think I am going to put this decal on the rear deck.

Actually "The Flying Beagle" would work, a play on the Flying Dutchman
J

sblanck said:
How many of you name your boat?
I have had my boat about 2 years now and I still haven't named it.
Click to expand...

When the State of New Hampshire Legislature decided that sailboats were bending NH's winds too much, they set a maximum length for "no tax" at less than Sunfish length.

In order to (now) be legal, and get a green decal, you have to fork over $45 each season.

Picking a name was easy for me! 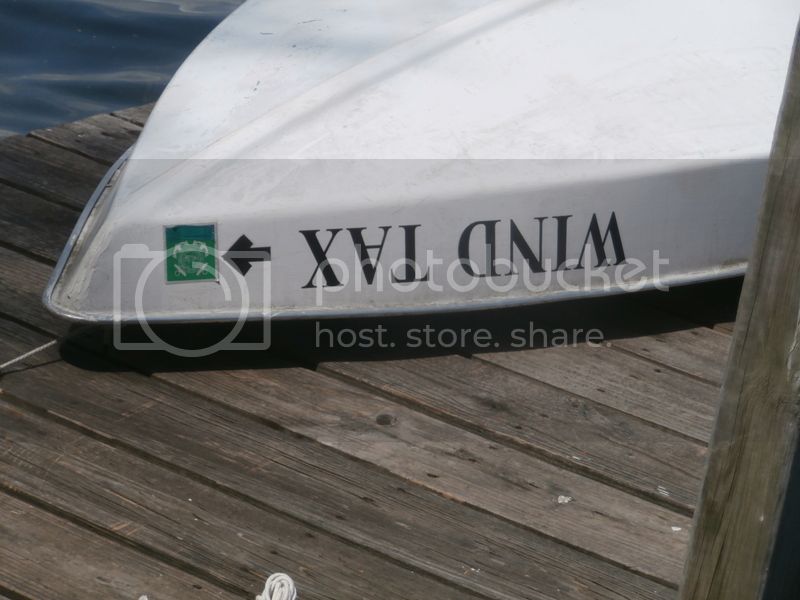 Staff member
We name them all

Named with teenage logic back in 1969, SECAUCUS. The company that manufactured the letters is still selling them at local hardware stores in the same store displays. Price has gone up. I think it was 7¢ a letter back then. Its nice to be able to replace them as they come loose.

Anything without a motor under 14 feet doesn't have to be registered in Texas.


Light and Variable Winds said:
When the State of New Hampshire Legislature decided that sailboats were bending NH's winds too much, they set a maximum length for "no tax" at less than Sunfish length.

In order to (now) be legal, and get a green decal, you have to fork over $45 each season.

Picking a name was easy for me!

In TX... just meets the no registration length rule but I stuck a 2.5 hp on the back
F

Just got done with some extensive, expensive, and largely amateurish repairs on my "cheap" sunfish; it's now called Epoxia.

Like feralcomprehension, my fish needed so much glass, marine tex and red glazing compound, "James Bondo" comes to mind.

Last summer, when I discovered the 1969 Sunfish I'd learned to sail with, abandoned and left to die, I swore not to let that happen. After restoring her, I christened her "Promises Kept".

That bridle is really long. It will make sailing in heavier winds hard as you will not be able to sheet the sail in far enough.

I will hazard a guess it's the original bridle. This isn't a sunfish it's a starfish.

The most popular boat name is "Obsession".

I can understand that!

I generally have not named my smaller boats, of which I have had many. However I am now on my last Sunfish so I thought I would give it a name - Heliopicies. Greek for Sunfish. I have not gone to the extent of some other writers here. I wote it in small letters on the transom.
L

I like the idea..........So where would one get any kind of decal (either custom made or pre-made) that would look good, adhere well, and not fade in the sunlight? Are there special "boat decal" places? All I have found are companies that do custom registration numbers and boat names. Not a graphic like this one......

I specifically wanted this Snoopy image so I googled it and found a place that makes it.
The snoopy image is vinyl. I found the lettering again with google that had the Peanuts font.
As for sunlight and fading I will never know because my boat stays in the garage.
The boat is only out for sailing. I am taking the boat to summer camp this year but it will have the cover on it when not on the water.
F

Is that full sun year round? Like I said previously my boat is in the dark in the garage right now.
F

Some colors last better than others. Red is one of the quickest to deteriorate.
S

My all time favorite boat name is "Sailbad the Sinner"

My hull was literally salvaged from the weeds behind the dumpsters at our condo complex.
Nothing wrong with it, just missing the rudder, tiller, mast, and dagger board.
It's name?
Salvatore.
N

My favorite, as seen on a motorboat on the drive to Lake George in Upstate NY:

sblanck said:
How many of you name your boat?
I have had my boat about 2 years now and I still haven't named it.
Click to expand...

I suggest to name it Artemis.

When I was little, my dad had a real POS, wooden trailer-sailor that was such a pig, he unofficially named it the "Sea Cow".
He didn't live long enough to actually put the name on the transom, but we all knew what it was called. Eventually the boat deteriorated and was crushed at the local landfill.

Now that I have my first sailboat, a '92 Capri 14.2, which is definitely no speed demon, I thought it would be nice to name it the "Sea Cow II", in honor of my father and his lifelong love of sailing. He sailed with the University of Wisconsin, Madison Sailing Club, back in the days before television.

I've already ordered a teal, manatee sticker for the transom, which should arrive in about week, and now I just have to find a place that makes stick-on lettering for the name.

I went with teal because that's the color of the trim on my hull.