Had to dig through my files for this shot, but check out this creative use for empty kegs, LOL. 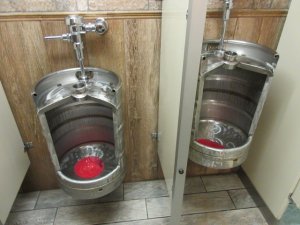 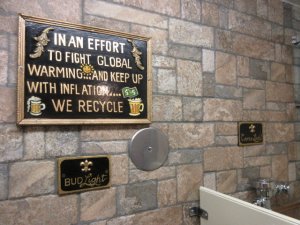 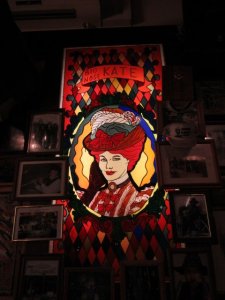 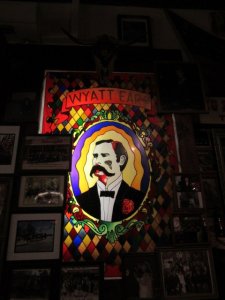 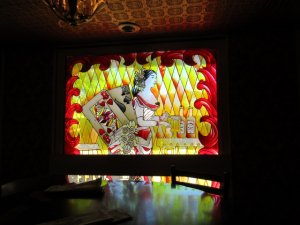 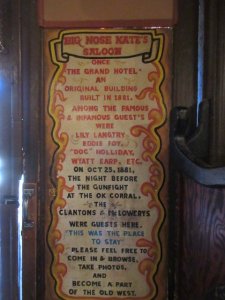 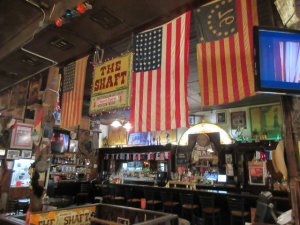 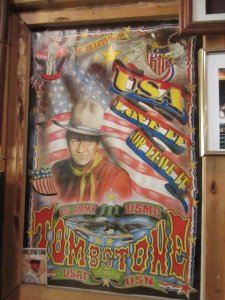 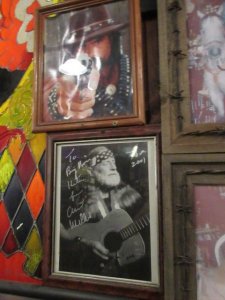 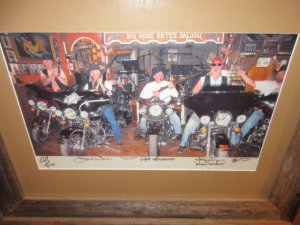 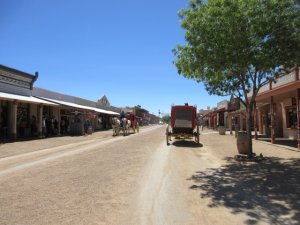 Those keg urinals are in Big-Nose Kate's Saloon in historic Tombstone... and I think they have your burn barrel beat, LOL. Just kidding, the burn barrel is cool, but man, I sure would like to have one of those keg urinals in my home, so the boyz playing pool can dump some o' that beer, LOL. The machine work is NICE, too!!! Quality work, I bet those keg urinals weren't cheap, 10-4?

I threw in some shots of the decor in Big-Nose Kate's Saloon, it's my favorite place for cutting the trail dust with a cold beer... so much history in there too, the walls are just covered with old photos & autographed posters & whatnot. Great place, I highly recommend it to all visitors, and a stroll down historic Allen Street is like being back in an old Western, LOL. No smog machines allowed, just stagecoaches & pedestrian traffic... makes it nice!

P.S. Check out that biker group, looks like two of those rednecks are about to cap the hand in the red bandanna, LOL. Damn, I love Arizona!!!

Cactus Cowboy said:
, the surf became huge at Officer's Beach on NASNI, so big that surfers flew in from around the world to ride these waves, which were perfect due to the swell direction. A bunch of photos from that event made it into the surf mags, and I believe Mikey J. also had a shot or two during that time. Huge perfectly-peeling barrels just beautiful to see, whether you were there or just looking at a magazine. Somehow, I'll never forget those two years, but the storm in '78 caused more damage, or so it seems in retrospect. I mean, how big does a wave have to be to tear a huge fishing pier apart?

Anyway, SC, it's good to hear you're making progress with the cleanup and rebuilding... is that crew going to rebuild the dock with wood or concrete pilings? I can't remember if you already mentioned this. Mother Nature sure can do a number on man-made structures... gotta build something like the pyramids if you want it to last, just solid stone that'll take awhile to wear down, LOL. And even those won't last forever, but they'll last longer than an unanchored double-wide in a tornado, I reckon. Funny how tourists used to express fear of earthquakes in California, only to casually mention that they lived in 'Tornado Alley'---the main reason why I wouldn't want to live there, those tornadoes make me nervous, LOL. Lightning & tornadoes... always been leery around 'em.

It is said that sailing and surfing share the common bonds of sun, water, wind, and balance.

Because of the rains, I was watching the below video, where a surfer says, "I was really going fast, and the board was humming..."

This...made me reflect on how our daggerboards will do the same.

Another "tack" taken in this video is the protection afforded Jet-Skis (who tow surfers to the best waves) to being overtaken by really big waves.

Having been slammed to the bottom while caught by a big wave, I, myself, can appreciate the minutes a wave can hold you under!
Now, the video follows--which is very hard not to watch! Getting Obliterated on One of the Biggest Days in Surfing History: Outer Log Cabins January 1998 - Magicseaweed.com

Always liked that 'BIG WEDNESDAY' flick, I think John Milius directed it? Great movie, with some funny lines too, like Jan-Michael Vincent telling that older gal and maternal figure, "I NEVER P!SSED IN YOUR STEAM IRON."

That video looks good, I started to watch it and then realized it's fairly long, so I'm gonna watch it this afternoon, once I get through showering & making a store run... slow day here on trash day, I've been on the computer all morning and part of the afternoon, but that's okay, pretty soon I'll be working (I hope) and I won't have time to mess around on the computer. Y'all will catch a break, LOL.

Staff member
We managed to get one of our boats out onto the bay, glad to be back on the water, slowly unstacking boats and getting them back out to sea. The wooden boats fared better than the fiberglass boats, mainly because of where they were located in the Sunfish Shack or stored inside. The first boat we got back out was the canoe, and a few days ago we got the Penobscot 14 out. But first Skipper had to dredge the centerboard trunk clean of storm debris that got packed in there. 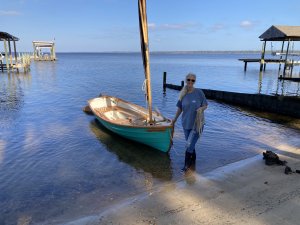 I planned to row but Skipper had other plans... I think we are finished with quay restoration! Lumber, border stone, paver base, rock, sand, soil and sod, it's been a treat. Pilings are supposed to come in a few days, and then pier planking can continue. 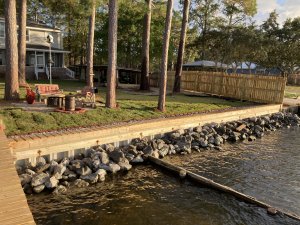 Next up, we might figure out what size section of WAVE's bow need to be replaced or rebuilt. which will start with the removal of crushed fiberglass. We plan to reuse a bow piece, and from there we can determine what size graft pieces we need. She also needs some foam block.

As Hurricane Season winds down we can move some boats back into the Sunfish Shack, doing repairs as needed. MADISON needs a small chine repair, but good news, ZIP and WINNIE are ready to go, as soon as I unstack the boats leaning against them Staff member
I am in awe of all you are doing!

Easy to smile at your progress