Staff member
I've gotten into this show on Animal Planet a bit. Seems like it would be a fun adventure to do once in your life. The small boat teams definitely have the most fun and risk. Driving a RIB at 30+ MPH in the Antarctic ocean has to be such an adrenaline rush. However, it seems like their decision making process is always a little flawed. Am I the only one that thinks they could use just a bit more common sense?

I thought the prev wave piercing small boat was more interesting. Right up until it was run over... More of that good decision making..
P

They're idiots, but that's why I watch it. Their seamanship is pretty terrible, although I guess it has to be to deliberately foul other boat's propellors. Did you see the one where their RIB almost got dragged under because they tied the fouling line to it, it got caught in the big boat's prop, and then almost pulled them under backwards? Hilarious. It looked like they used a terrible excuse for a knot which they couldn't untie, and then nobody had a knife quick to hand to cut it. I'm not really sure why you'd even tie it on at all, if I tied it at all, it would just be with a slipped half hitch or something quick to undo, but I'd probably just have someone hold it. Then again, I'm not a pro at dragging prop fouling lines, so what do I know.

I also don't agree with their methods or tactics. Are the Japanese circumventing the treaty or whatever? Maybe, but ramming their boats isn't the way to fix it.

Staff member
I believe the Japanese are using the treaty as an excuse to hunt whales. There's no reason to kill as many whales as they attempt to for "scientific research". The international treaty bans the hunting of whales except for research purposes.

I guess their rash decision making and crazy tactics are what make the show interesting. Otherwise it would just be a show about a boat following another boat in the Southern Ocean..... I think a lot of the drama is played up through creative editing.

they're certainly fighting for a good cause, their tactics aren't the best but at least they're trying, I liked watching them sail through that huge storm, that was intense
J

Such a sad show at least they are sticking up for the whales! 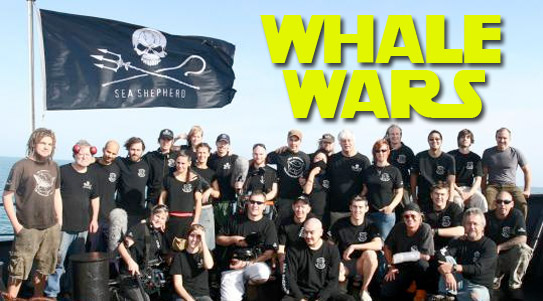